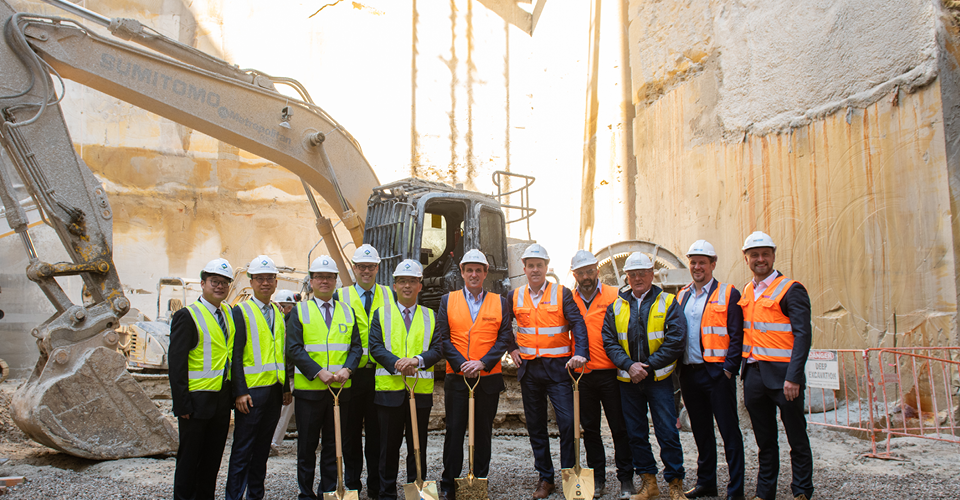 Earlier this week Opera Residences, a luxury property comprised of residential and retail located on Bennelong Point developed by Macrolink and Landream worth over $500 million, celebrated the commencement of construction rising out of the ground after the completion of groundworks for the six level basement.

With Richard Crookes Construction appointed as the builder, the crane will continue to grace the skyline of the iconic Sydney Harbour through to the project’s completion which is anticipated to be early 2021.

It is anticipated that the structure will reach ground level by the end of 2019.

Designed by AIA Gold Medal award winner Alec Tzannes and his colleagues at Tzannes, alongside and Crone Architects, with interiors by Make Architects, all 104 residences sold out in two hours.

Setting a new national benchmark for prestige apartments during the sales campaign, one of the penthouses broke the Australian apartment record for $26 million, and just three days later another sold for $27 million.

Within the development, which is situated on the old Coca-Cola Amatil site, there are also five prime retail spaces, of which all have been leased.

These new tenancies will include a high-end hatted restaurant, a branded retail store, an upmarket convenience store and a contemporary award-winning Japanese restaurant.