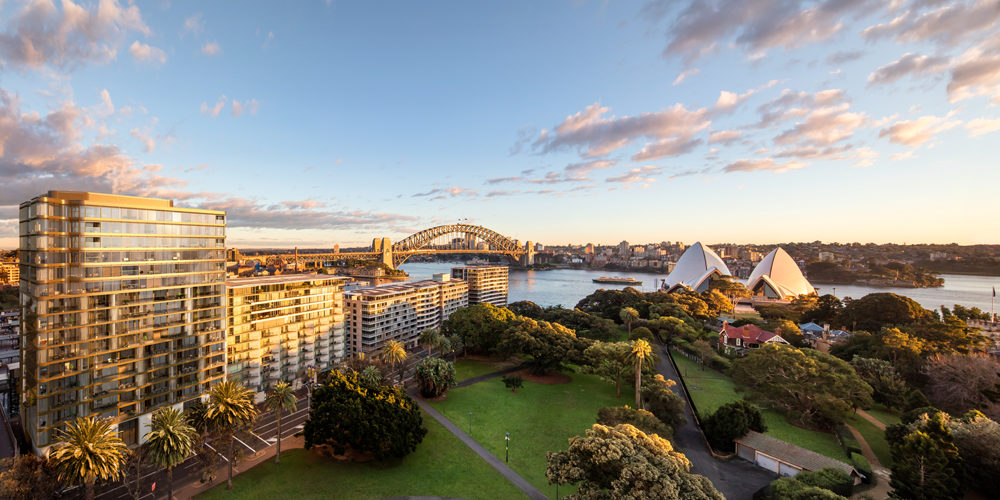 Works at Australia’s most expensive apartments, Opera Residences, are under way following a long wait for a construction approval for the  development at Sydney’s Circular Quay.

The luxury off-the-plan apartments, to be built at the former Coca-Cola Amatil headquarters site, famously sold for the record-breaking rate of $96,000 a square metre in 2016 at the height of the most recent housing boom

The sales of the 104 apartments worth $500 million beat the per square metre prices of some of the most expensive real estate sold in Sydney including those in Point Piper, Australia’s most expensive suburb.

All units have sold, joint developers Landream and Macrolink say.

The pair bought the 1960s building at 71 Macquarie Street from AMP for $158.5 million with an existing apartment development approval previously lodged by AMP and development partner Mirvac.

Obtaining a construction certificate subsequent to the development approval proved to be a long and tedious process for the developers.

They spent a year negotiating approval with 20 authorities including the Heritage Council, Harbour Foreshore Authority and Sydney Water.

The process was complicated by the age of the site and its location close to key buildings, including the Sydney Opera House.

The project is set to complete in early 2021.

Tzannes, Crone Architects and Make Architects have been appointed to handle the design of the project.

There will also be five retail spaces within the building, all of which have been leased to a high-end restaurant, a retailer, an upmarket convenience store and a Japanese restaurant.

This is the first Australian project for Chinese conglomerate Macrolink which has real estate, mining, chemical manufacturing and finance businesses.

Its development partner Melbourne-based Landream has a portfolio of apartment projects in NSW and Victoria.

Its next notable project will be the 1.2-hectare mixed-use apartment project at 14-26 Wattle Street, Pyrmont.

That site was acquired from the City of Sydney council after the NSW government walked away from the purchase.

Landream will add public amenities to the site including a childcare centre and a two-court indoor recreational centre.